9/11 Tsunami Poster – Insensitivity or Design at its best?

What do you guys think of this poster that was pretty well documented in the media this past week? Is it insensitive …or a well constructed commentary piece? It should be noted that the poster was not requested by the World Wildlife Fund. It was put together by DDB Brazil and submitted to the WWF but was rejected. While I personally find it could be labeled as being insensitive, I feel that the poster was very well designed around its central core idea to bring awareness of how devastating the Tsunami was.
– FlashAddict 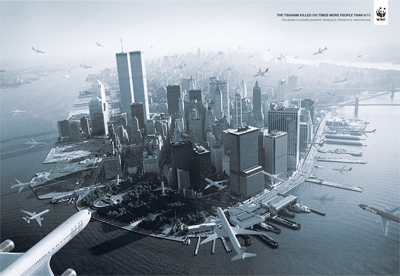 Keith Olbermann had this to say about the poster in his “Worst Persons in the World” segment the other day:

Friday. In their joint apology for this now-infamous 9/11 ad, DDB Brazil and WWF Brazil mentioned their previous collaborations. Here’s a sampling of ads they’ve done together since 2007.

Take a look at these otherwise insensitive or offensive poster campaigns as well for comparison by Benetton: 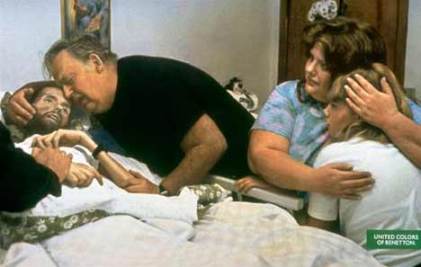